All workers deserve to be treated with respect.

As I read stories from other Local 34 members, including Mia Rodriguez, my former colleague in Orthopaedics, I feel incredibly lucky to finally be a part of this union. My path to get here wasn’t easy. In 2019, I was working for one of Yale Medicine’s competitors, when a staffing agency reached out to ask whether I was interested in working at Yale. I wanted to open myself up to new opportunities, so I took a temp job, believing it would lead to a full-time, union position with Local 34. Mia helped train me and other temp workers, and with all of my professional experience, I knew I was qualified for a full-time position. But after months of waiting, the pandemic hit. And instead of being offered a university job, I was offered a job with Medical Practice Management (MPM). With shutdowns predicted, I felt I had no choice but to take it.

Yale owns MPM, but it’s considered a separate company and doesn’t have to abide by our union contract. I used my Yale University badge while working for MPM – but that was about all that was the same. At MPM, I had lower wages, high health care deductibles, and no union to help me advocate with management. Without a union, I felt disrespected. When management told us that we would all need to become certified cast technicians – a special qualification that is usually reimbursed with extra pay – we were told that a pay raise was simply not an option. I came to Yale to advance my career, but I felt like I would never have that opportunity at MPM, so I left to work for another company.

My story ends happily: after a tumultuous year, I applied for a position at Yale in a new department, Cardiology, and I was hired! But it still frustrates me to know that MPM is continuing to hire workers without the protection of our union standard. All workers deserve to be treated with respect. That’s what our union has fought for over forty years, and it’s what we’re still fighting for today.

Join me in sharing your story by sending a letter to President Salovey. Click here to tell President Salovey to respect our work, protect our jobs, and ensure that good union jobs grow as Yale grows. 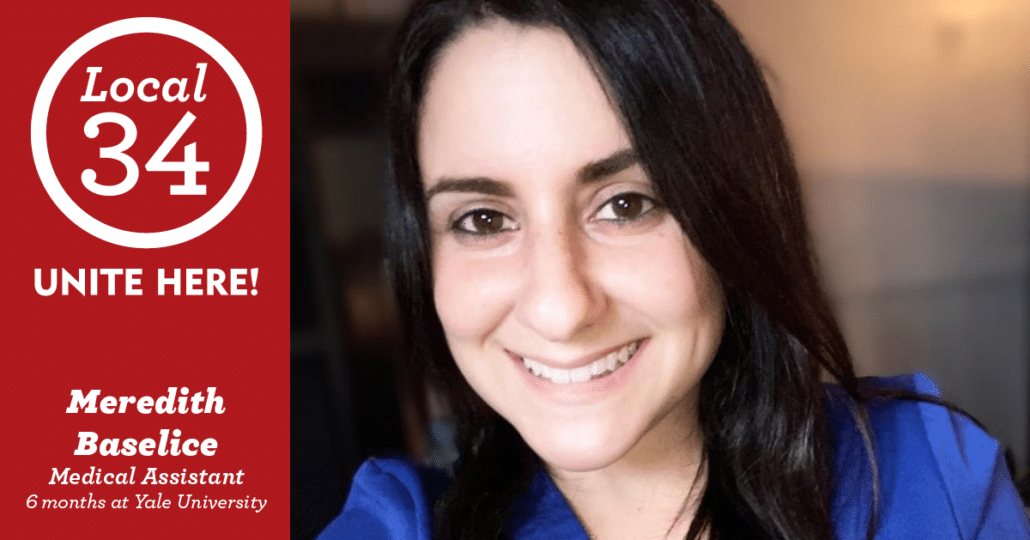 Add your story to mine here.